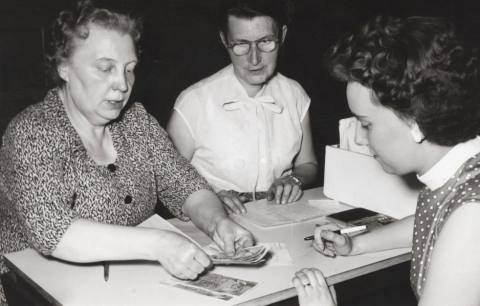 The aim of the ELHN Working Group Remuneration and Bargaining is to analyse the variety of forms of remuneration and its diverse social and economic contexts in a long-term perspective, while rejecting any teleological approach that presumes the succession of some forms to others. Many forms of remuneration that are very distant one from another in time often have similarities and the entangled histories between them are numerous over time and space. Can we say that kind-based remuneration has disappeared today, even in the capitalist world?

What is remuneration? How is remuneration determined? Remuneration for/of labour has taken many forms over the centuries and millennia, and has been the result of complex socio-economic relations which have included the family, the owners of capital and the labour force. Remuneration can differ according to the way in which it is calculated, for example time, piece or task rate; or the way it is paid, for example in kind, in cash or mixed forms. Payments can be regular, for example on a daily, weekly, monthly or yearly basis, and they can be made in advance or after the accomplishment of a certain task. Remuneration may include “benefits” like housing, clothing, food and lodging, but also financial aids and gratuities delivered exceptionally. Fines, penalties, absences, poor quality of work, rents of working tools or housing can reduce remuneration levels. One could state that “unfree” labour – such as slaves, convicts, indentured servants, etc. – should also be included in the analysis of remuneration in the form of the reproduction of labour force, for example through food and lodging. Some forms of remuneration are more attractive for some workers than for others; for instance, today, remuneration can include profit sharing or stock options in the company, whether it be a cooperative, multinational or other corporate entity. This variety of forms of remuneration is often the result of power-relations emanating from struggles and conflicts between formal and informal organizations, all of which are key players to be analysed.