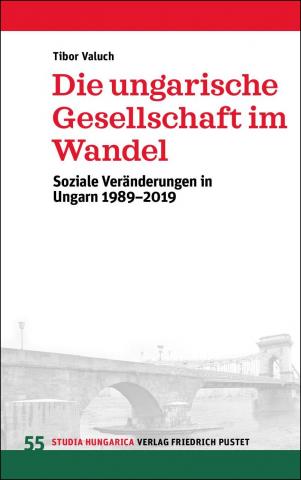 As the part of the European political and economic transformations Hungary suddenly got itself of an incredible chance for a social and political change which was beyond imagination before. The state socialist system which was built on the bureaucratically coordinated planned economy, the property owned by the state slowly started to turn into a more individual market economy. The economic system went from the logic of the state socialism to the free market of the capitalism, with more freedom, from everything owned by the state to privately own. In political aspects the communist government preferred collectivism and centralized structure of the society, it has all changed as well to a more democratic more individual approach.

My goal is the present and to analyze every aspect of these radical and sudden changes implemented in the society. I’m aiming to find and to understand the methods behind the changes, as in the social and everyday life. What were the most determining facts of the changes in people everyday life, how these changes affected the structure of the society and how the ownership of the property changed during the period? How did the income relations and the social inequalities changed? If so, how did the different capitals rearranged in the process of the social transformation? Did the privatization influence the social transition as well? How can we describe nowadays the Hungarian society? We need to understand and observe the mentality, the values, the political activity and the changes at the public mind. It is interesting to observe what’s left from the values of the late Kadar era and how the post socialist values mixed up with the following system. What kind of individual and common/public life-strategies were evolved after the change of system?

I intend to examine the society's demographic and temporal transformation, with the questions of spatial dimensions as well. With analyzing the incomes, the education, the main social relations I intend to present and summarize the status of the different social groups (elite, wealthy class, the middle class, the lower class, and the segregated class). In the last chapters I analyze the questions of the political participation, the values, the mentality, the social behavior. I’m aiming for a complex picture about the period of transition and the transformation of Hungarian society after transition as my research based on the results of the sociology, statistical surveys and also I'm relying on the historical methods.

It can be seen that, the Hungarian society underwent significant changes in the late 20th and early 21st century. It was so complex transformation that can be understood with parallel analyses of demographic, spatial, structural and social behaviour dimensions. After the regime change in 1989-90 largely witnessed the return of bourgeois social conditions. I tried to discuss how the social stratification and the social structure of Hungarian society changed in the nineties and later, and tried to grasp the main elements of this transformation. A social organization based on law, freedom, democracy and autonomy replaced the centralized, authoritarian order. Hungarian economy was radically transformed from a planned economy with quasi-market elements to a market economy. In the decades following 1989, under market conditions, educational background, specialized training and applied knowledge, that is, any convertible knowledge, became more valuable. Symbolic capital, such as network, creativity, the spirit of enterprise and the ability to adjust, also took on a new significance. The amount of previously accumulated capital, or the lack of it, notably influenced the position of individuals or groups; property became a determining factor once again. Income and wealth inequalities were dynamically increasing. Positions obtained in the formal and informal economies often merged, either because the former ceased to exist altogether or because the informal activity was transformed into an individual or joint enterprise. This led to the emergence of a stratum of entrepreneurs.

On the one hand, it seems that the social transformation leading to marketization and the emergence of the private sector, which had started even before the democratic transition, continued even in the 1990s. On the other hand, the social positions in Hungarian society were rearranged. The decrease in the number and ratio of wage-earners also proved to be a lasting trend to the mid-2010. The elite was growing, its composition became more heterogeneous while its power was limited by legal and political constraints. The stratum of those who can be described as the "big bourgeoisie", including the economic elite, expanded considerably. The middle classes became narrower and more segmented. The groups we can call petty bourgeois also multiplied significantly. The individual village farmer assumed greater importance. The city and village proletariat, so called marginalized groups of society still remained a large segment of Hungarian society. The various social groups in general seem to have more closed—less mobile—at the turn of 1990s and 2000s, so that entry and exit called for increasing effort.

The political and social behaviour of this re-stratified society can be characterized with the low level of solidarity, fragmented value system, relative low willingness of political participation and more or less underdeveloped civil self-awareness.