We're delighted to welcome back to the Library on three nights, 15 to 17 February 7.30pm, our friends from Townsend Productions with their latest musical play Yes! Yes! U.C.S! - originally due to be performed here last spring.

It’s 1971 and Aggy McGraw, straight out of school, gets an office job at Fairfields shipyard in Govan a week before the new Tory government decides to stop any investment in what they call ‘lame duck’ industries, which includes shipbuilding on the Clyde. Facing an uncertain future, she has nothing to lose, except her job, and is swept up into the famous ‘Work In’ to demonstrate to the government that shipbuilding has a future - that the jobs, traditions, skills and communities can be saved.

Townsend Theatre Productions’ new play is a celebration of the community solidarity and collective resistance inspired and led by Upper Clyde Shipbuilders’ shop stewards Jimmys Reid and Airlie, attracting massive national and international support that led to victory in the fight for Right to Work.

John Lennon and Yoko Ono sent a bunch of roses with message for the people of Glasgow; it read: “Power to the People!”

Tickets are now available price £12 via https://working-class-movement-library.arttickets.org.uk/ for the three showings of the play we're hosting at the Library. We will be hosting the play in our annexe - please enter via the back gate to the Library. We ask you to be mindful of social distancing, and to wear a face covering unless you are exempt. 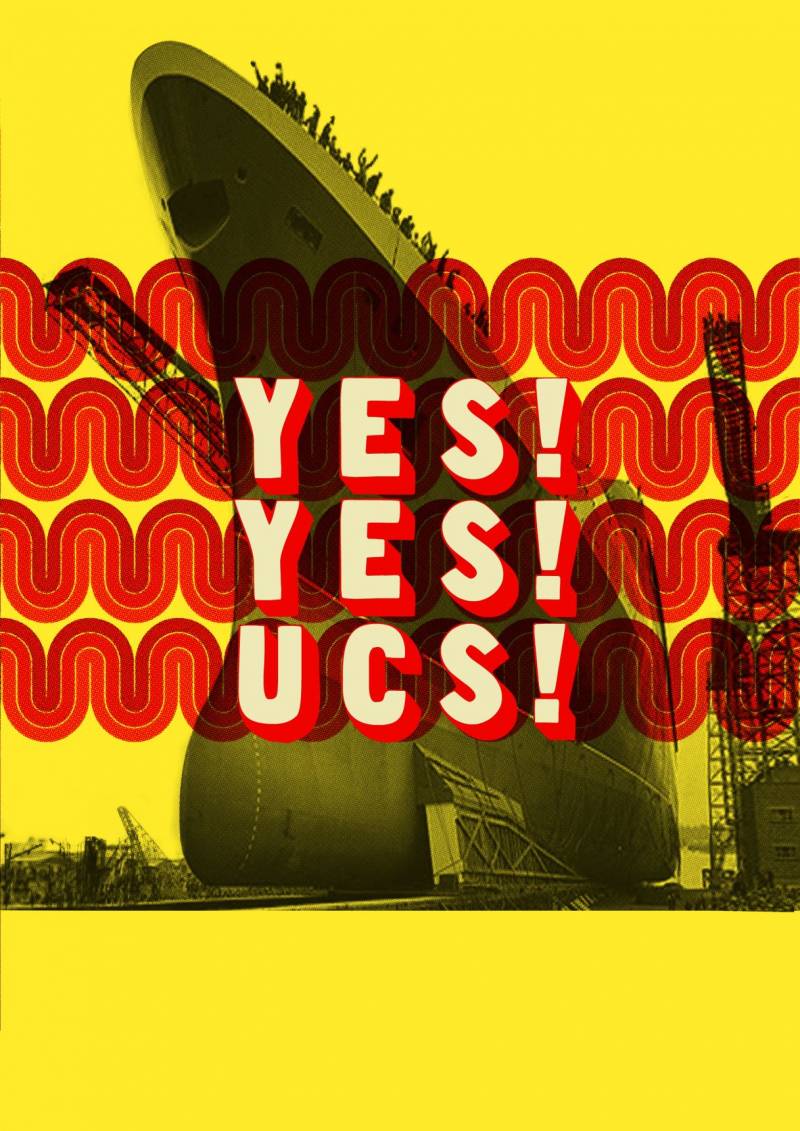 Early 2022 talks
There are details of new Invisible Histories talks at www.wcml.org.uk/events - starting with a talk on Wednesday 23 February at 3pm about the golden age of the broadside ballad.

Guest exhibition 'Literature in the Mines'

There are four more chances to see the free pop-up exhibition created by the Piston, Pen & Press project.  On Friday afternoons until 4 February, during the time we are open to drop-in visitors, we are now hosting the exhibition Literature in the Mines. This highlights miners who alongside their arduous working lives created poetry, songs, plays, fiction and prose, finding local and trades newspapers a welcoming venue for their works. The exhibition, which focuses on the period from the 1840s to the 1910s, also features women and mine work. A talk by project co-leader Kirstie Blair can now be viewed on our YouTube channel here.

Alongside the pop-up banners the Library is displaying related material from its own collections, including mineworkers’ poetry, songs and fiction from the 19th century to the present. Reports on sadly frequent mining accidents and disasters also feature, as well as examples of strikingly-designed 1840s broadsides relating to miners’ disputes with their employers.

The Library is also sharing on its blog excerpts from a fascinating bound volume currently being digitised by a WCML volunteer, and which brings together a range of different handbills and pamphlets which relate to the coal trade c.1818-1845. It’s known as the Coal Trade Papers.

We are very pleased to have launched a new booklet by Geoff Brown, giving a picture both of the student movement in Manchester in 1969, and of how popular protest was policed.

Not just Peterloo: the policing of popular protest - the anti-apartheid march to the 1969 Manchester Springbok match gives detailed context to the huge November 1969 protest march in Manchester, describes the day itself and reflects on its aftermath, in an article by Geoff. This is followed by a transcript from a witness seminar which took place at WCML in 2019 to mark the 50th anniversary of the march, and as part of the Library's 'Not just Peterloo' series of events looking at the policing of popular protest.

Copies price £4 plus p&p can be bought online here.