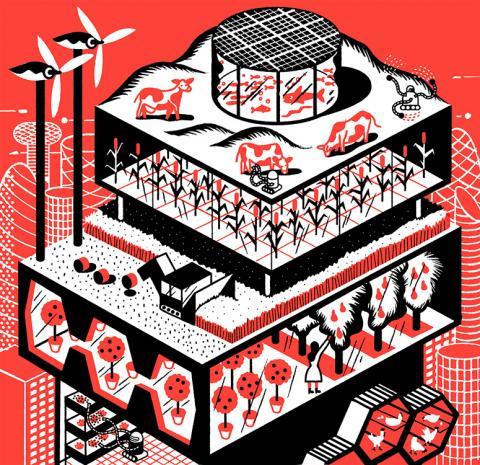 The peer-reviewed series Critiques and Alternatives to Capitalism comprises rigorous scholarly books, accessible to general readers, that aim to address the main issues of capitalism and to indicate possible alternatives. The series publishes monographs, edited collections, and translations of volumes already issued in other languages by both prestigious and emerging international experts, in the fields of political theory, sociology, political philosophy, and heterodox economics. The books in this series provide original investigations of contemporary issues, push the boundaries of accepted interpretations and existing literatures, bring different concepts and thinkers into new relationships, and inspire significant conversations for today. They come from a wide range of political perspectives, subject matters, academic disciplines, cultural backgrounds, and geographical areas, producing an eclectic and informative collection that appeals to a diverse and international audience.

Across Europe, North America, and many other regions of the world, economic and political instability is now a persistent feature of contemporary social life. Globalization, financial crises, the ascendance of ecological issues, and the recent global pandemic, are just a few of the shocks and strains producing the tensions and contradictions of our time. For the first time since the end of the Cold War, there is a growing global consensus about the need to rethink the dominant organizing logic of contemporary society, and develop solutions that are broad enough to advance a just and equitable world, while also remaining sensitive to specific geo-political contexts and cultural dynamics.

The series Critiques and Alternatives to Capitalism aims to be one of the main forums of this blossoming international debate and to offer an open-minded array of volumes – from across a wide range of subject matters, academic disciplines, geographical areas, and political perspectives – that will have a significant impact on discussions about possible social change. The collapse of “actually existing socialism” as a geopolitical force has liberated the potential for many variants of alternatives to capitalism from ideologically motivated and intellectually stultifying presumptions. Authors and editors of this series will present recent scholarly advances in imaginative ways, and challenge contemporary readers with unfamiliar perspectives. Running contrary to 20th century practices of conflation and simplification characteristic of Marxism-Leninism, the books in this innovative series will open new frontiers in social thought, and revitalize interest in many intellectual traditions and long-neglected historical figures. The result will be an eclectic but focused and informative collection that will appeal to a diverse international audience.

Broadly speaking, the books in this series will work through three main strands: (1) critical studies on capitalism that evaluate whether this form of social organization is the most adequate to face the issues and opportunities of our times; (2) investigations on the most pertinent alternatives to capitalism that address contemporary social problems; (3) studies on the 19th and 20th centuries anti-capitalist ideas and practical experiments – particularly in light of current concerns. Authors will provide an informed analysis of new key thinkers and a reoriented understanding of familiar figures. All volumes selected or commissioned will awaken readers to the overarching issues and world-changing encounters that shelter within the broad categorization of “critiques” and “alternatives”.

In the 21st century there are commonalities across political theory, sociology, philosophy and historical studies, and the proposed series is premised on interdisciplinary views. Among the topics comprised by the series will be: critical history and theories of capitalism, alternative socio-economic practices and experiments, alternative political systems, social classes and inequality, new contours of “the commons”, ecological perspectives and environmental politics, economic growth and sustainability, labour rights, poverty and social inclusion, globalization and neo-liberalism, economic and financial crises, public/private ownership and markets, credit and fair trade, science and mechanization, socialist thought and practice, liberal democracy and social democracy, international relations and world politics, migration and citizenship, gender oppression and feminist theory, theories of alienation and philosophies of well-being, cultural critique and aesthetic interventions. This range of subjects and diverse modes of treatment will be fully reflected in the commissioning strategy for the series, which will embrace a much wider range of scholarly interests and academic approaches than any previous “family” of books in the area. Rejecting any glib views as to which ideas, works and propositions constitute “alternatives”, authors of monographs and editors of collective volumes will be encouraged to reach out to general readers as well as university students. The series editor will ensure that all books in the series are written in a clear, accessible style, and will not presume an “in-group” of readers.