A sword of many tales

A sword of many tales. During the Civil War this sword was discovered in the Finnish government building. It had probably belonged to a member of the 'Sabre Senate' - the government of Russian officers, who ruled Finland during the First World War. Artturi Hellman, who found the sword, played an important role in the People's delegations (the red government), and when the People's delegation had to flee from Helsinki because of the advancing German troops (who were supporting white forces to capture Southern Finland), he took the sword with him to Viipuri. At Viipuri he managed to hide the sword in a safe place. Later he was arrested and sent to a prison camp. Hellman survived the camp, was pardoned and went back to get the sword. Many years later he performed the role of Santa Claus on different occasions, and the sword was part of his costume.
object
Finland
Institute:
TKM 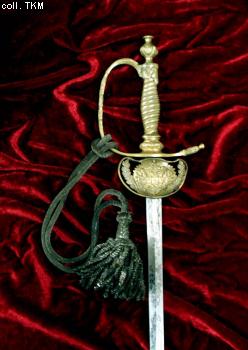