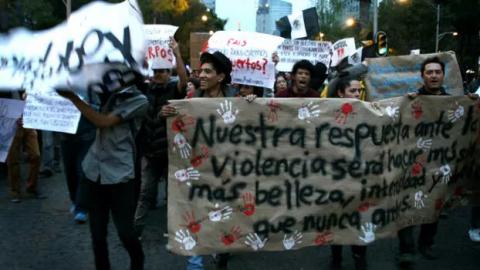 The International Research Group on Authoritarianism and Counter-Strategies (IRGAC) is an initiative of the Rosa-Luxemburg-Stiftung aimed at supporting critical research in countries in the Global South and strengthening dialogue on authoritarian transformations and emancipatory counter-strategies, both internally—among countries in the South—and between the Global Southand the Global North. To achieve this, the RLS will fund 10 postdoctoral fellowships for a period of 24 months from January 2023 to December 2024.

The postdoctoral researchers will be based at institutions of their choice in research institutions located in an ODA-recipient country. Applicants should contact a suitable research institution and identify an academic supervisor (mentor) with expertise in the proposed area of research. Fellowship holders will likewise have the opportunity to collaborate closely with internationalist colleagues within the framework of the IRGAC, which currently brings together more than 20 scholar-activists from across the Global South. This includes participating in regular online and offline colloquia and workshops as well as active participation in collective projects and publications. Participating researchers are also encouraged to spend up to six months of the funding period as visiting scholars in Germany (the RLS will offer support in finding an appropriate host institution in Germany during the first year of the program).

With this call for applications, the IRGAC is seeking research proposals on ideological and affective dimensions of global authoritarianism. We are especially interested in studies that propose a perspective for and from the Global South (which is to say studies that critically relate regional problems to global economic and power relations and transnational actor networks) and propose creative inter- and transdisciplinary research strategies. We favour scholar-activist methodologies—i.e., rigorous academic work that is embedded in actual left-wing political projects, movements or initiatives—and are looking for research output that reflects this scholar-activist character.

The programme’s explicit goal is to contribute to a global dialogue between radical progressive scholars and activists who seek to better understand the rising tide of global authoritarianism, develop emancipatory counter-strategies, and advance along a new path towards a just, democratic society based on international solidarity in the tradition of the workers' and women's movements, and on the principles of anti-fascism and anti-racism.

While there seems to be considerable consensus within critical social sciences about the fact that we are witnessing a global turn toward authoritarianism—broadly conceived as a resurgence of exclusionary and reactionary nationalist, racist, antifeminist and religious discourses around which society is actively mobilized, as well as deepening non-democratic and antidemocratic features of neoliberal capitalist states and institutions—there is less agreement regarding the actual relationships and interactions between these ideological, affective and micro-practical dimensions, on the one hand, and political practices and institutional transformations, on the other. Although the Frankfurt School discussed authoritarian ideology and subjectivity in the 1920s and Stuart Hall addressed the cultural dimensions of what he termed authoritarian populism forty years ago, we consider that there are many open and new questions regarding the dynamics of social authoritarianism, its historic specificity and its relation to neoliberalism, neoliberal democracy and its crises.

This is especially the case as much of liberal political science and mainstream discourse discuss authoritarianism within the frame of regime-type analysis, taxonomically differentiating between liberal democracy and authoritarian regimes as opposing poles, thus rendering the antidemocratic dynamics inscribed within the former invisible. Analysis of social authoritarianism is further complicated by the fact that, while processes of de-democratization of the state seem relatively comparable on a world scale, the ideological amalgam of authoritarianism is highly diverse and specific, lacking a coherent theoretical basis. Thus, the affective and ideological dimension of authoritarianism is often wrapped up under a vague concept of “populism” and closely identified with populist leader figures (“Trumpism”, “Bolsonarism”, etc.), to the effect that questions about its structural embeddedness in neoliberal social, political and economic relations and imaginaries remains largely understudied and undertheorized. The same can be said about questions regarding the class character of and driving forces behind the authoritarian transformation of states and societies, which is sometimes framed as a transformation from above—i.e., as state-centered and/or “imposed” by the dominant classes—and sometimes as one from below—e.g., as a “reaction” of popular and/or middle classes to the effects of the multiple crises of capitalism and neoliberal democracy.

A relational, dialectical approach would have to address the class character of authoritarianism inscribed within global and local power relations and social struggles without obscuring sometimes difficult questions regarding the political subjectivities of the dominated. It would likewise have to address the question of what “above” and “below” actually mean in a world where the production of ideology and the management of emotions and affect seem to be much less concentrated in state apparatuses than located in infrastructures and a diffuse web of online and offline communication structures that connect and traverse everything and everyone, from multinational companies and national governments to individual workers and consumer-producers of content and data. And it would, crucially, discuss the complex relations between the multiple global crises and their specific effects, the increasingly authoritarian nature of neoliberalism and the reactionary, regressive mobilization of large parts of society on a world scale.

Likewise, even though much effort has been put into studying far-right discourses, individual and collective consent to and support for authoritarian movements often remains a blind spot. Consequently, we need more research conceptualizations that explore the socio-psychological mechanisms of the new authoritarianism, of the fears and anxieties that are addressed and mobilized, and of the aspects that are repressed by authoritarian discourses. Finally, there is the question of effective strategies to counter the emotive and affective facets of authoritarian neoliberalism. As authoritarian politics rarely work through rational argument, but rather more often appeal to their followers’ gut feelings, we need counter-strategies that defy the emotive politics of authoritarianism and effectively communicate emancipatory alternatives in another language, other imagery and radically different sensual experiences. In this regard, we have to develop an understanding about what kind of socio-psychological challenges authoritarianism offers to "solve" and come up with alternative solutions to these psychological challenges.

Such a task requires the formulation of sound conceptual frameworks and creative methodological and empirical approaches. Possible research questions from all branches of the social sciences and humanities may therefore include

The fellowships are funded by the International Research Group on Authoritarianism and CounterStrategies of the Rosa-Luxemburg-Stiftung (RLS), an initiative aimed at supporting critical research in and from countries of the Global South and strengthening dialogue between scholars and research-oriented artists and journalists from the Global South and Global North. The postdoctoral researchers will be based at institutions of their choice in any research institution (university, institute, research centre, etc.) located in an ODA-recipient country.