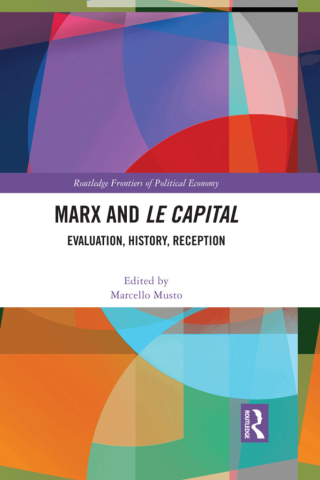 Assembling a new generation of interpreters and established scholars, Marcello Musto offers us a profoundly new vision of Marx’s critique of political economy, showing how much the anti-colonial and universal dimension of Capital – that is becoming widely recognized nowadays – owes to its French translation.
Jacques Bidet

Over the past few years, Marx’s Capital has received renewed academic and popular attention. This volume is dedicated to the history of the making, the theoretical evaluation, and the analysis of the dissemination and reception of an almost unknown version of Capital: the French translation, published between 1872 and 1875, to which Marx participated directly.

In revising this version, Marx decided to introduce some additions and modifications, not hesitating to describe in the postscript Le Capital as ‘a scientific value independent of the original’. To mark the 150th anniversary of the French translation of Capital (1872-2022), 15 authors have helped to shed light on its history and main features, as well as analysing its later fortunes in France and in the rest of the world. They also provide a more exhaustive account of the ideas of the "late" Marx. The book also includes a previously unpublished selection of 31 letters from correspondence of Karl Marx, Maurice Lachâtre, Just Vernouillet and Friedrich Engels related to the making of Le Capital. 10 of these letters by Marx were only recently rediscovered and are translated here for the first time in English.

This book is an indispensable source for academic communities who are increasingly interested in rediscovering Marx beyond 20th century Marxism. Moreover, it will be of appeal to graduate students, as well as established scholars, interested in French socialism and the history of the labour movement.