Poster from the time of the Spanish Civil War

The Spanish Civil war 1936-1939 received much attention in the international media. The Finnish Labour Archives has c. 400 photos and 33 posters connected with it. Most of them belong to the official propaganda of the Spanish republican government. The photos and posters were used e.g. in the support campaign exhibition of the Social Democratic Women’s League.
poster
Spain
Institute:
Tyark 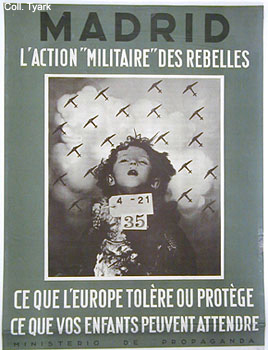