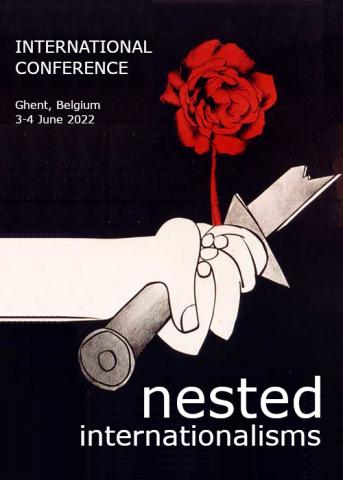 New Perspectives on Labour Activism Across Borders and Boundaries

Research on international and transnational labour activism has long focused mainly – if not exclusively – on work-related agendas and on the organized labour movement. We read about labour rights, working conditions and labour standards, work-related discrimination, labour disputes and so on, and most of the time within the framework of international political and/or trade union movements. Simultaneously, the new global labour history has conceived of the history of labour as social and cultural rather than political history and generated new knowledge on the history of work in many places around the world. This workshop seeks to advance new, inclusive perspectives on transnational labour activism via moving beyond single-organization studies, including less formalized activist networks and transgressive activisms, expanding the concept of activism and the scope of activities covered, and moving marginalized actors and groups of actors to centre stage.

In reality, the border-crossing activism of social movements aligned with the world of labour has always transcended work-related issues and networking. Labour internationalism was more than a mere accumulation of activities and actions. It was also a culture rooted in a cosmopolitan worldview and engaging a world of freedom, equality, fraternity and solidarity which exceeded the specific framework of the classical labour movement. Moreover, these transnational activisms have not operated in a vacuum, but in a constant dialogue with each other, with allies, opponents and outsiders, with intellectuals and artists, and so on. Many activists pursued, in their border-crossing activism, issues beyond the classical set of work-related demands, turning, for instance, to broader needs of working-class communities or specific needs of migrant or women workers. Others combined a focus on labour-related demands with agendas that connected them to national and anti-imperial activism, international solidarity or women’s movements. In order to fully understand the positions and actions taken by the labour movements we should not only consider the trade union internationals but also the peace movement, women’s networks and organizations, writers, artists, and intellectuals. Gramsci’s Prison Notebooks are relevant, but so is Picasso’s Guernica. Often, what a given labour network or organization did or did not do was connected as directly as tacitly to what others did or did not do in both local and transnational contexts.

With this workshop we aim to situate all actors and organizations concerned with work and labour within such a broader socio-political and cultural “arena”. We would like to stimulate research into the part of labour in the internationalization of social themes such as peace, human rights, gender and emancipation, North-South and East-West solidarity, migration policies, and vice versa. The workshop aims to highlight the connections between labour activism rooted in all continents including their many lesser-known regions, and the development of today’s broad international civil society. It aims to open the debate and explore the possibilities of such contextualized approaches to the history of labour’s nested internationalisms – internationalisms that might be described as intermingled and interconnected, cross-border and cross-boundary networks, organizations and collaborations of labour and its (potential) allies.

The Call for Papers will close on 15 November 2021. You can register as participant by sending an e-mail to nestlab2022@amsab.be mentioning the title of your presentation. Please add an abstract and short biographical information. Conference participation is without a fee, however travel and accommodation costs are at your expense.

Conference languages are English and Spanish. Simultaneous translation of the presentations will be available.

More info will be available on the conference website https://www.amsab.be/labint.

Go to Spanish version of this call