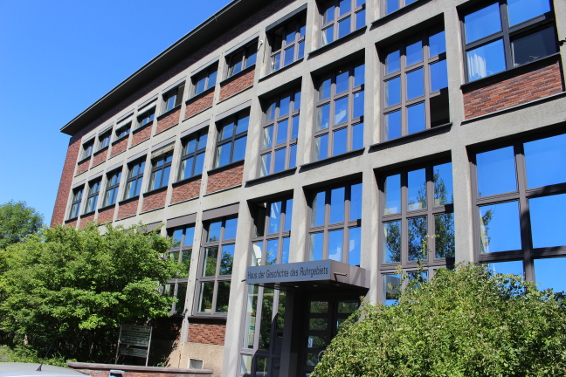 The joint venture of scientific departments and archival expertise centred on both the local tradition of mining and the international repercussion of societal upheavals makes the House of the History of the Ruhr a repository for rare historical sources and the Institute for Social Movement Studies an up-to-date research hub with international reach.

The ISB’s core areas of interest include:

These areas of expertise mirror past and persistent local identification with mining and industry, as well as the importance of workers‘ movements and union development that accompanied changes in employment in the region over the past decades. By favouring comparative and analytical approaches, the ISB can undertake to shed light on similar developments worldwide. ISB‘s openness to other fields of research and its international outlook allow its researchers to examine both historical and current social dynamics worldwide from a variety of angles.

"Mining People" is an oral history project that intends to capture the life stories and experiences of people who were linked to the coal mining industry in (West) Germany from 1945 to the present. While the last active collieries are going to close down by December 2018 we witness the ending of an industry that was not only constitutive for the German economy for more than one and a half centuries – it also shaped the lives of everybody who lived with the industry and its environments. The project will therefore gather video interviews with people who were in one way or another engaged with the industry in its major regions: from pit workers and foremen to colliery managers and company executives, shop stewards, trade unionists, politicians, miners' wives, priests and social workers. Topics will include issues such as post-war reconstruction, mechanisation and technical change, working conditions underground and on the surface, experiences of migration, labour relations, coming to terms with industrial change and the closing of the pits. The collected interviews represent a broad database for researchers and curators interested in both the coal mining industry in particular and the social and cultural history of Germany at large. All video interviews will be indexed, archived and made accessible for researchers at the Archiv für soziale Bewegungen in Bochum. Furthermore, the project will set up a curated website on the oral history of German coal mining in the second half of the twentieth century. “Mining People” is a collaborative project jointly conducted by Deutsches Bergbau-Museum Bochum und the Stiftung Geschichte des Ruhrgebiets.

UNREST (Unsettling Remembering and Social Cohesion in Transnational Europe, www.unrest.eu) addresses Europe’s pressing memory problem. The European Union derives a great deal of legitimacy from its foundational myth of transnational reconciliation. It has consistently championed a consensual approach to traumatic memory reaching from the abyss of the World Wars and the Holocaust to post war peace and prosperity. But the storyline is losing its lustre. All across Europe, populist and nationalist movements are successfully challenging the official EU narrative. They use the heritage of war and violence to push conventional, confrontational notions of collective belonging – with very dangerous consequences. Social cohesion is fraying and ethnic tensions are on the rise. Plus, since most of this happens well within the rules of the democratic process, the EU is watching helplessly, rendered impotent by a sympathetic but unengaging cultural memory.

UNREST proposes to fill the perilous vacuum between top-down cosmopolitan EU memory and bottom-up, antagonistic right-wing memory. UNREST pursues a third memory path, which acknowledges and engages with widespread memory discontent without losing sight of fundamental EU ideals. We call this third way “agonistic memory“. It designates a new mode of remembrance which embraces political conflict as an opportunity for emotional and ethical growth. For this purpose, UNREST combines ground-breaking theoretical reasoning with the empirical study of existing memory cultures and the implementation and rigorous testing of innovative memory practices.

In mid-February 2014, the Institute for Social Movements started a project as part of the initiative “Future RUHR 2020. Universities and Region”. It was co-financed by the federal state of North-Rhine Westphalian and the Ruhr Regional Association. The two-year project dealt with the question of how industrial heritage has influenced regional identities during the transition from a period when industrial regions were dominated by heavy industry to a period of post-industrial landscapes. Twelve coal and steel producing regions were selected for historical comparison with the Ruhr: Asturia, South Wales, Nord Pas-de-Calais, Wallonia, Upper Silesia, The Morovian-Silesian Region, Northern Hungary, Jiu Valley, Donbass, Northern Kyūshū, Newcastle and Hunter Valley and Greater Pittsburgh. A first workshop was held on 29 and 30 October 2015 at the House for the History of the Ruhr/Institute for Social Movements in Bochum, Germany. Here, scholars from around the world discussed to what extent industrial heritage has played a role in the construction and representation of regional identity. The organisers Stefan Berger, Jana Golombek and Christian Wicke sought to select relatively urbanised and polycentric regions. All speakers were asked to provide a concise overview of the history of industrialisation and urbanisation of the region, deindustrialisation and the resulting challenges for the region, the emergence and development of regional identity, as well as of industrial heritage, and the interaction between regional identity and industrial heritage in the region. The aim of this project was to examine the role of industrial heritage sites as sites of memory. In this context, it was important to analyse not only the regional spatial specificities in the manifestation of industrial heritage, but also to foreground the diverse political and social conditions, under which industrial heritage has developed globally. A second workshop in December 2016 consolidated the established network and offered room for a more critical approach to the role of industrial heritage. It discussed the interrelationship between industrial heritage, historical culture and regional identity in regions or cities undergoing structural transformation. The papers discussed shed light on moments in which the industrial past is remembered, as well as on actors and their motivation. They also highlight the links of memory culture with commercial motifs of region-branding, local patriotism and nostalgia. 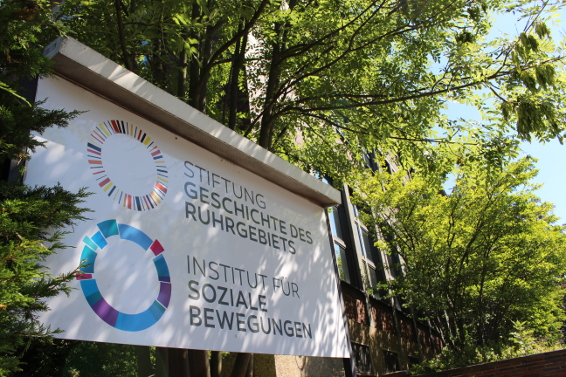 As an institution with a long-standing tradition, the Institute for Social Movements Studies prides itself of equally long-standing and prestigious cutting-edge publication series. Among them

I. Moving the Social – Journal of Social History and the History of Social Movements

Moving the Social grew out of the Mitteilungsblatt des Instituts für soziale Bewegungen (published since 1977). It is published in print as well as online and has become a well-established journal of social history and the history of social movements in Germany, where it can be found in many university libraries.

MTS welcomes manuscripts any time! Please feel free to contact the Managing Editor of Moving the Social, Vivian Strotmann, at mts@rub.de with any queries.

II. Palgrave Studies in the History of Social Movements

The Palgrave series Studies in the History of Social Movements is edited by Stefan Berger and Holger Nehring. It aims to shed light on the recognized but under-researched role played by social movements as political and societal agents and catalysts on local and global scales since the 1750s. To this end, the Plagrave Studies in the History of Social Movements series welcomes conceptually informed, as well as empirical and systematic examinations of social phenomena and shifts in the widest sense. Reconstructions of preconditions required for and consequences entailed by the establishment of different social movements are equally relevant for the series and its goal of both historically investigating and historicising the concept of ‘social movements‘.

Palgrave Studies in the History of Social Movements values the international range of its authors and the diversity of their historical research. If you would like to contribute, feel free to submit a manuscript, anytime!