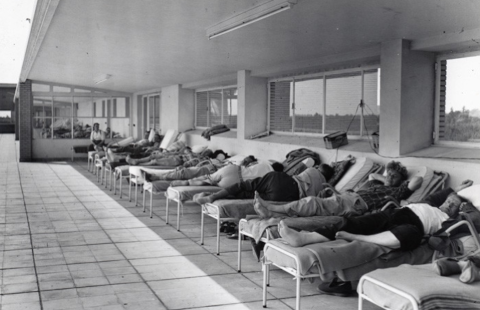 The ELHN Working Group Occupational Health and Safety History (WG OHSH) aims to gather historians who deal with different aspects of occupational health by offering them a comparative but also decompartmentalized framework. Too often indeed, studies are confined to legal categories, such as occupational accidents or occupational diseases, which are themselves disconnected from environmental issues. By bringing together researchers in the field, the working group intends to contribute to a more integrated vision of the risks to which women and men are exposed at work, as well as the responses that workers have made to them.

Over the past two decades, the history of occupational health has contributed in various ways to the renewal of the history of work. On the one hand, it has brought attention back to the concrete work, on the scale of the workshop, where the work affects health. On the other hand, it re-examined industrial relations outside the sole field of wage and working time bargaining, in a complex game of actors involving workers and unions, employers, public authorities and experts. This history has paid particular attention to the agency of the workers themselves faced with the various forms of risk, workers who cannot be reduced to their only dimension of victims.

Major results have been obtained in the study of emblematic occupational diseases, such as silicosis, asbestosis, lead poisoning, or musculoskeletal disorders, and the matrix role of workers' compensation legislation has been once more investigated and deepened. Concerning these various risks, particular attention was paid to their invisibilization and their confinement in the professional sphere, as well as to the game of the actors mobilized for their recognition. Moving away from the classic Ramazzinian approach pairing one disease to one particular job, research was recently focusing on risks that are less obviously attributable to a specific occupational activity, such as occupational cancers, chronic bronchitis, etc., as well as on the most contemporary forms of risk, including psychosocial risks. Recently too, the field has been renewed thanks to the dialogue with environmental history.

Today, research is being carried out in several directions: